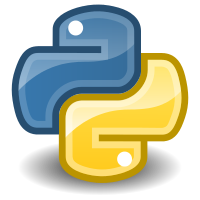 Posts related to work in the Python programming language.

The current MARBL finding aids website has a PDF generation feature that we need to duplicate or replace in the new django-based version of the finding aids ... 05 Apr 2010

It took me a while to figure how to add custom arguments in python-fuse, so I want to document how I got it to work.  Maybe it would have been compeltely cle... 16 Jan 2009

I wanted to use symbolic links in my FedoraFS because it seemed like the simplest way to accomplish what I wanted to do to handle relationships between objec... 16 Jan 2009

I got a little time to play with some new technologies (python and FUSE, or Filesystem in User Space) and interfacing them with a somewhat more familiar tech... 16 Jan 2009