A few weeks ago, I spent a little bit of time on a Friday afternoon playing with some MARBL Finding Aids and trying to generating some FOAF RDF. I chose the four Irish Literature finding aids that I identified as having an Index of Selected Correspondents (very few of the MARBL finding aids have them, I imagine because it is very time-consuming to create). Other Finding Aids have names of correspondents in the container list, but this was an easier starting point (and even here, there was quite a bit of messiness in the names– dates, noms de plume, titles, all capitalized or mixed case, etc).

I finally took the time to adapt a simple python script Ben had written, and converted the four FOAF xml files I’d generated into a GraphViz chart. The image below is the section of the chart I thought would be the most interesting to share (the entire thing is quite large), because you can see many of the common correspondents shared even just among these four people. 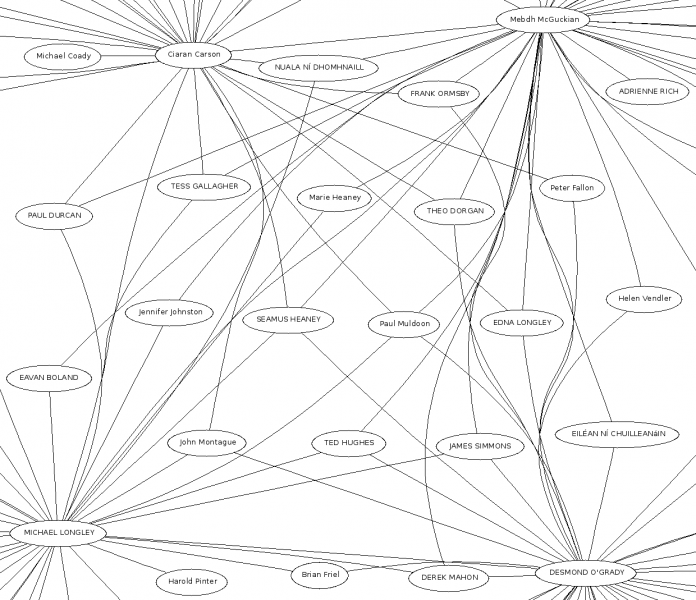